At Filomena’s Pizzeria in Manchester, CT.

From Pizza and Wings Time in Wethersfield, CT.

Pepperoni and olives, as declared by Pig in the December 05, 2016 “Pearls Before Swine” strip by Stephan Pastis. From Aladdin Halal in Hartford, CT.

Pineapple and olive pizza. “Sweet and salty!” As ordered by Wade Wilson in the movie “Deadpool”. From Pitta Gourmet in Hartford, CT. 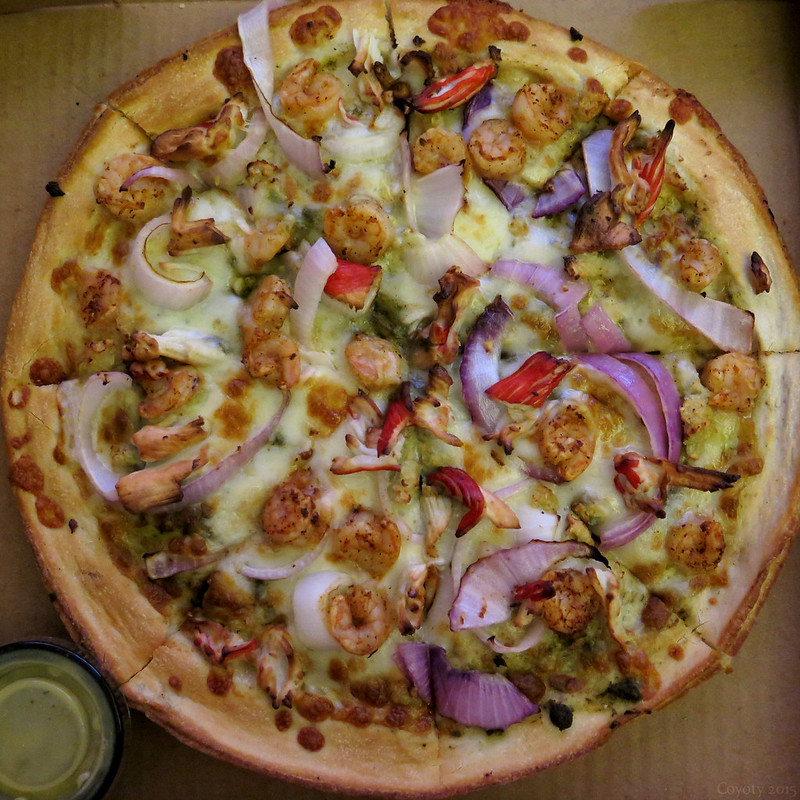 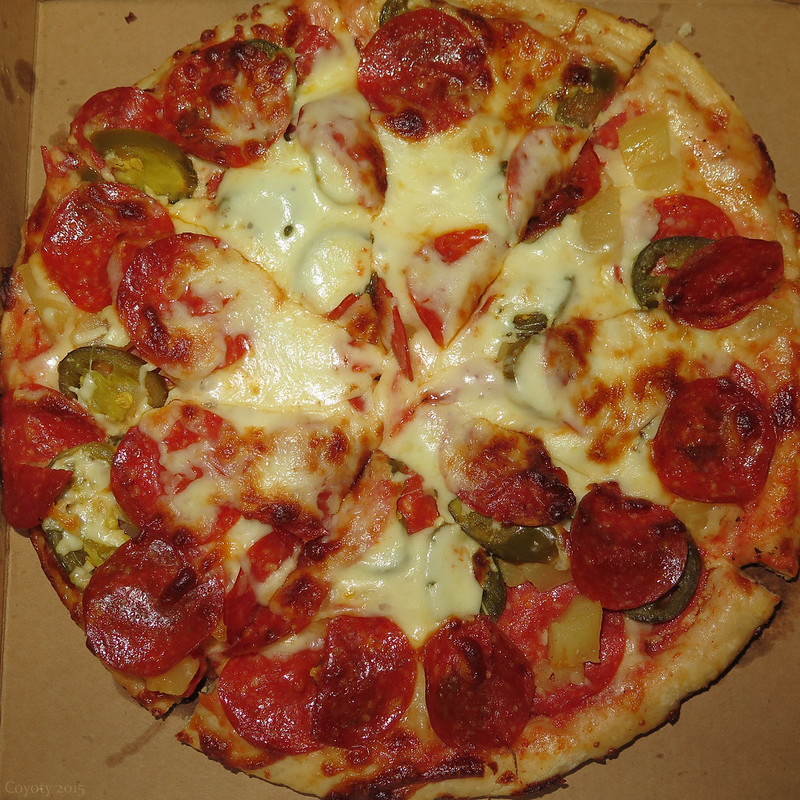 From Papa John’s in Hartford, CT.

Apparently I need stronger aversion therapy to stop me from trying chain food than the results of trying it. I’d hoped Papa John’s would be different, but hope was crushed in the corner of this Pandora’s pizza box. It looked like a pepperoncini.

The pizza looked nothing like the one in the commercial. The ad pizza was well-populated with toppings, and had a nice raised crust. My pizza was flat and doughy and the sparse toppings were unevenly distributed, as seen in the photo. It was like a round Ellio’s topped with a chopped-up McDonald’s cheeseburger. No, seriously, it had what appeared to be strips of bun on it. I wouldn’t be surprised to see it come from a frozen pizza box.

The delivery was worse. I’d ordered it using a coupon for “Any large pizza for $12”. I was told the total was $13.01. When it was delivered, I was charged $17.01. There was no delivery charge mentioned on the phone or in the ads. The deliverer said nevertheless there was a $3 delivery charge on my $13.01 pizza to total $17.01. Do the math. I grudgingly paid because he wouldn’t budge, then called the manager to complain. He asked the name of the person who took my order, who didn’t give a name, and the color of the car that delivered the pizza, which shouldn’t matter, and then tried to tell me the unaccountable dollar was TAX ON THE $3 DELIVERY CHARGE. He should consider it a Lost Customer tax.

Maybe my crushed hope is strong enough to avert the next chain food temptation.